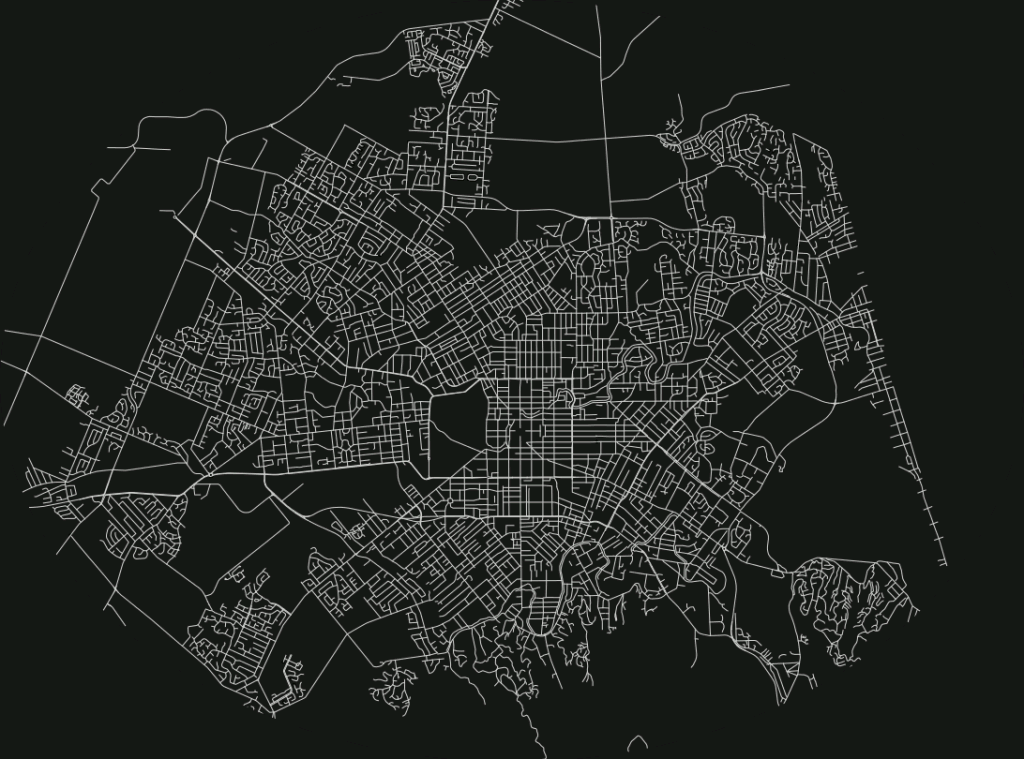 I saw this image on a canvas in a shop at the weekend. After about an hour mucking around with openstreetmap data and done.

I downloaded a New Zealand osm file from cloudmade, then using osmfilter I stripped out everything but streets, them imported into Maperitive and outputted as a png using the ‘wireframe’ style.

I’m considering printing it… Another thought I had is doing it in a year or twos time after the redzone is cleared. Or maybe another using another style.